The Smith House Mine Shaft

The old gold mine was discovered February 14, 2006 in the basement of the Smith House. The actual location of the mine is in the original dining room that Fred and Thelma Welch served in the 1950s up until Freddy Welch renovated the old dining room to put a lobby in for their dining guests. He had always heard of the gold mine, but the location was unknown. Workers that day were excavating the concrete floor and punched through a large hole that led to a mine shaft some 20 feet down. The actual dimensions of the shaft were 4 feet wide and 30 feet deep.

The Frank Hall mineshaft that he discovered in 1899 has been rediscovered by Freddy Welch. 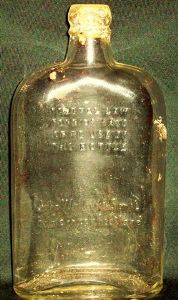 Captain Frank Hall built the house in 1899, and upon completion discovered in the basement of his home a vein of gold. He came here from Vermont after the Civil War to oversee mining operations of the various mines in the area. He was experienced in locating veins and knew this was one to investigate. However, the forefathers of the town did not want to disrupt the business on the town square with heavy equipment due to the noise made while crushing the rocks out of the earth, so they denied his request.

Excerpt from the Dahlonega Nugget Newspaper 1899:

“Captain Hall’s workmen while excavating the cellar for his new warehouse on the corner of Chestatee and Waters street, just across from R.H. Webb’s lot, struck a rich gold bearing vein several feet wide, depth not known. The gravel about the vein shows up exceedingly well in the pan. The vein is one that Mr. Clark, the magnetic man pointed out to Mr. Web last summer: as yet they have had no opportunity for testing the ore by means of the mil; but judging from the appearance of the ore it must be worth from $5-50 per ton, and probably more than that if they would go a few feet deeper. The vein crosses the street and run through what is known as the old Kelly lot, where gold has been found for the last forty years. Capt. Hall informs us that he will not develop it. One reason that it is under the building and on a town lot and the other that he hasn’t got any time to spend in the working gold mines but Mr. Web feels highly elated in the discovery as he has been prospecting for it for some time and now feels satisfied that Mr. Clark has the “Dip” to locate veins, and as there are two veins already located on his (Web lot) he intends to have them opened up in a short time.” 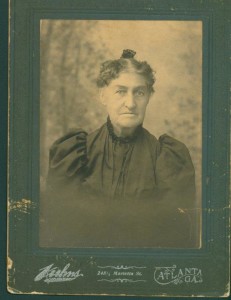 This old mining town has hosted many travelers who have come to Dahlonega to “strike it rich” with just a pan and a pick. During the gold rush days, thousands of miners fervently came here from all parts of the world to be the first to claim their prize. Before the white man claimed this area in 1828, this area was Cherokee Indian territory. The many miners would risk it all to sneak on the Indian land to mine in their rivers. Soon the vast population of miners caused the Indian nation a growing problem and they wanted the U.S. government to intervene and remove the miners from their lands. However, this did not turn out for the Indians as they would have hoped. Thus, the proclamation of relocating the Indians to an area purchased by the U.S. government and the land lottery began.

The miners excavated so much gold from the rivers and hills in the North Georgia Mountains that another mint was needed for the vast amounts of gold. In 1838, a branch of the United States mint was established in Dahlonega. The books of the mint showed that over $6,000,000 was coined here until the break out of the war in 1861. The marking of the Dahlonega coin is known by the letter D above the date. The other branches were in New Orleans and Charlotte North Carolina. The parent mint was located in Philadelphia.

The GE light bulb found during the excavation still works!

While uncovering the mine shaft in 2006 under the Smith House, many articles of personal belongings of previous owners/guest of the home sere found. Mike Bafile, Welch’s son-in-law, was the first to be lowered into the dark shaft that had been covered over a century. Loose dirt clued us to start digging to see what lied underneath. We found veins of numerous quartz rocks. We contacted the Consolidated Gold Mine here in Dahlonega to test the rocks. Miner Mike Clark soon appeared and wanted to go into the shaft and take a look at the vein.  He took some samples back to Consolidated Mine for testing. The test revealed the vein was a type of gold that is referred to as “Red Gold” because of its rich mineral composition. He confirmed the size and location of the vein and that The Smith House has a rich vein that travels under the main house.  Miner Mike stated, “The Smith House had been sitting on top of a gold mine all along.” There were artifacts stumbled onto while digging down from days past. One interesting artifact is Frank Hall’s mother’s lotion case with her initials inscribed on the jar. We also found many glass bottles of different types; one in general is a Johnnie Walker whisky bottle from the mid 1800s. To our surprise while digging the loose dirt, a light bulb emerged. It was identified as a GE Mazda light bulb manufactured in 1909. When placed in a modern lamp, the light bulb still worked.  GE was contacted and confirmed the authenticity of this bulb as one of their own. Mrs. Smith’s china that she used to serve her guest was also found in the shaft. Unfortunately, most were broken but some pieces were able to be savaged and put back into the set. Currently all the artifacts are on display near the mine shaft. We do not have written proof of when the shaft was closed up after Frank Halls’ discovery. But while investigating the items we found in the shaft, we can approximate the date to be possibly around 1945-6. William Smith owned the home during that time and wanted to sell the home and a finished basement would bring more money. He poured the basement in concrete and thus hid the mine shaft until 2006. 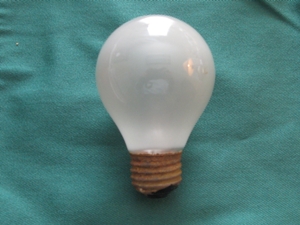 Here’s a closeup of the bulb found in the shaft

As soon as Freddy Welch realized that this was truly the legendary mine shaft of Frank Hall, he called his friends Scott and Sherrie Gray to produce a video about the mine and the history of the town. The “Legend of the Smith House Mine” hosts past owners of The Smith House interviewing them of their time spent at the home and a local historian sharing facts about the development of Dahlonega. The video won two awards from the film industry.

Excerpt from a local newspaper about the event:

“A video chronicling the gold mine under the Dahlonega’s historic Smith House has captured two awards for video production. ‘Legend of the Smith House Mine’ was awarded two bronze Telly Awards in both the tv documentary and low budget categories. The annual awards honors the best in local, regional, and cable television commercials and programs, as well as video and film productions and work created for the web. The winning video was produced b Scott Gray, producer and partner at Video Craft Productions. “The Legend of The Smith House Mine” documentary DVD features the legend and reality of the gold mine beneath The Smith House Inn. Dahlonega was the site of the 1828 Gold Rush that brought 15,000 miners to the area.